What Are the Most Common Types of Violent Crimes? 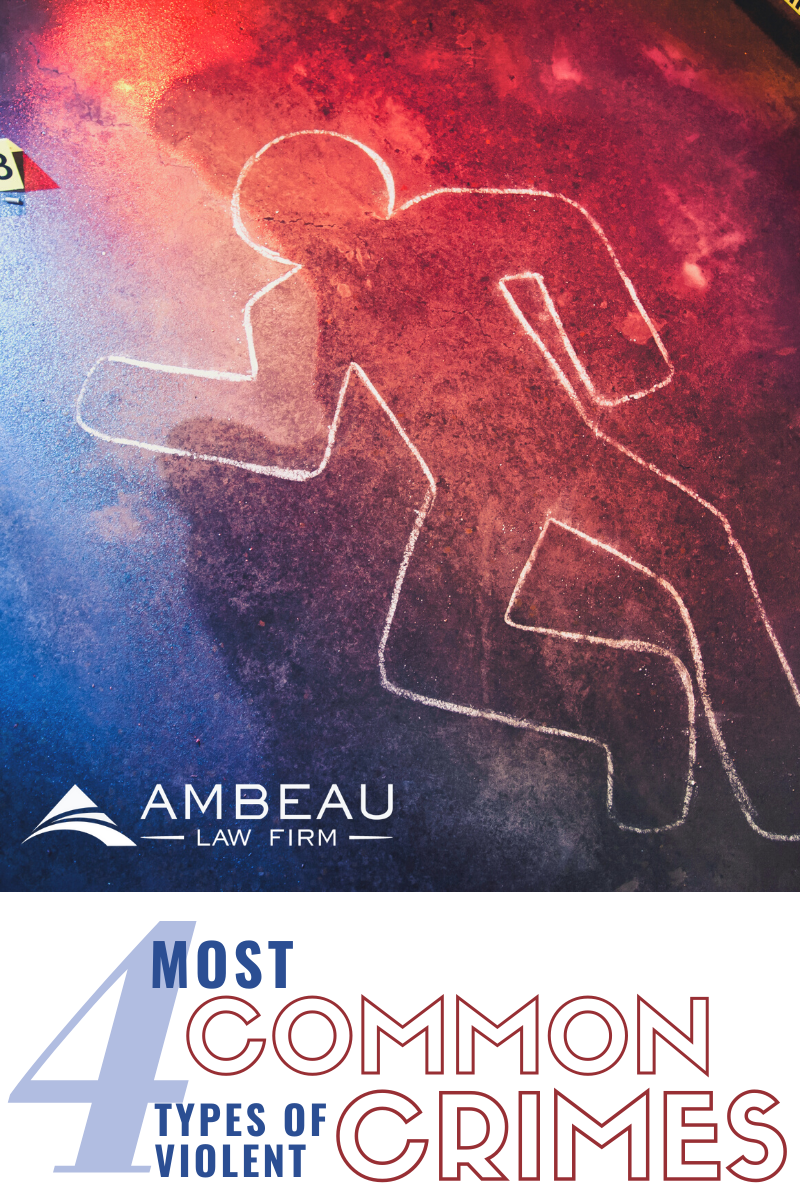 The Main Types of Violent Crimes

Assault against a member of a protected class like a police officer, healthcare provider, social services worker, or developmentally disabled or elderly person

The definition of robbery is taking another person's property by force or threat. Typically, robbery means that the individual took the money or property with the intent to keep the property permanently, without the property owner's consent, or by the use of force or intimidation. The difference between a robbery and a theft is that a robbery entails taking property directly from the person. The most common types of robberies are robberies that are committed on public streets and in alleys.

A criminal battery is a physical act that results in harmful or offensive contact with another individual without their consent. A battery becomes an aggravated battery when it involves serious bodily injury or the use of a dangerous weapon. Types of injuries that can lead to an aggravated battery charge include broken bones, a coma, an injury that requires extensive suturing, hospitalization, or surgery, scarring, and losing a body part. Some examples of aggravated battery include:

Shooting someone with a gun

Striking an individual with a weapon or dangerous object

Finding the right attorney can make a big difference in your case. At The Ambeau Law Firm, we work tirelessly to give you the best results possible. If you are being accused of or charged with a violent crime, you'll want to look out for the following qualities when you choose your attorney:

The nature of an ongoing trial is that the pertinent factors are evolving until the case closes. The last thing you want is an attorney who does not keep you updated or who is not responding to you when you need them. Time is essential when you are potentially facing a criminal charge. At The Ambeau Law Firm, we have a proven track record of success, and one of the reasons this is true is because of our responsiveness. You can trust that we will advocate on your half and keep you in the loop every step of the way.

We recommend looking for an attorney who is experienced in the local courts. This is because local connections can play an important role in producing the best outcomes for a given case. Our attorneys are well-versed in handling crime in our area, and we are familiar with historical outcomes of violent crime cases here.

The most important goal of any attorney is to produce the best outcomes for their clients. When attorneys are able to do this, they will earn a positive reputation. At The Ambeau Law Firm, our reputation precedes us. Before even making a consultation, potential clients are able to read our raving reviews that give us praises like “understanding,” “trustworthy,” and “respectful.”

When you speak with your attorney, it should be clear that they have a handle on complicated legal matters, to the point that they can make it seem simple to a common person. Your attorney should have a thorough understanding of the trial process for various crimes and be able to explain this to you in a comprehensive way.

If you need legal representation for a violent crime case, The Ambeau Law Firm will be on your side. Call the team at or contact us online to get the support you need.

Next Blog: What is a Forensic Attorney?
Previous Blog: An Overview of State vs. Federal Criminal Charges