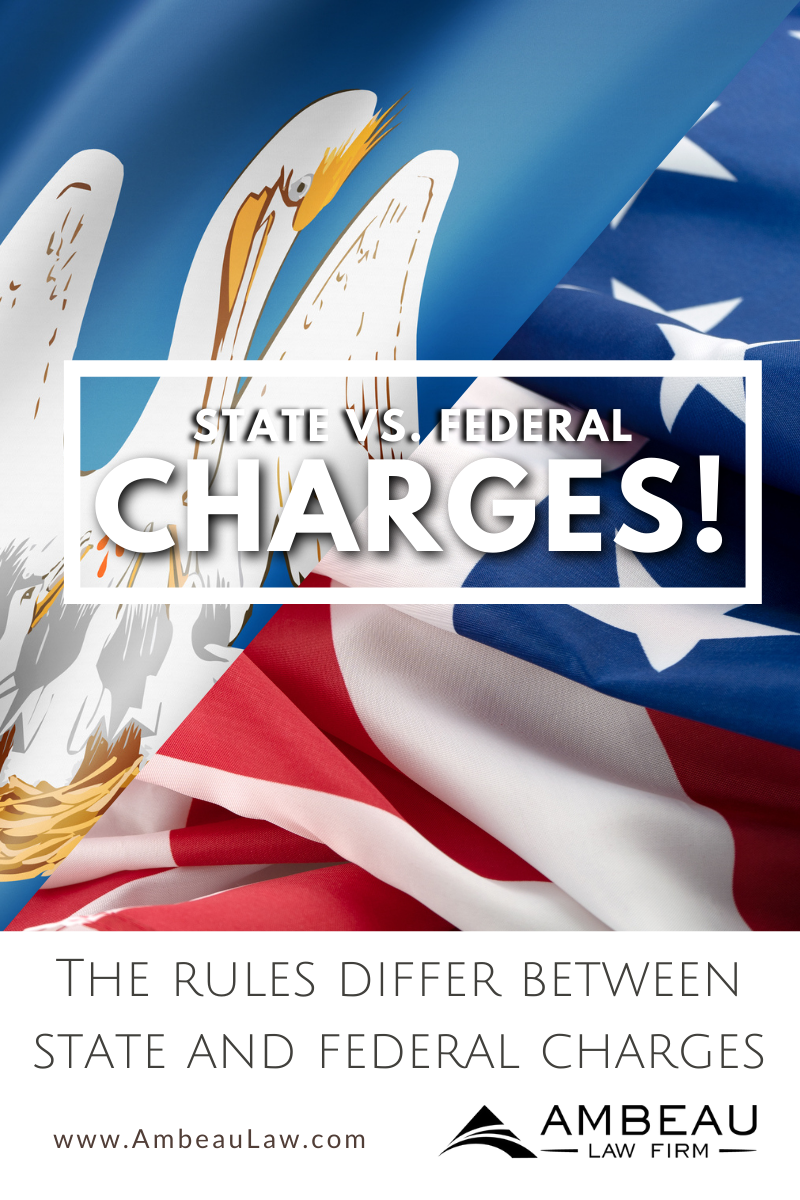 An Inside Look at Federal Crimes, Procedures, and Penalties

The difference between state and federal crimes is significant. While state and federal charges should not be treated lightly, accusations brought by the federal government are particularly terrifying. This is because the US government has powerful prosecutors and resources at its disposal and will relentlessly pursue the toughest penalties permissible by federal laws.

Therefore, a defendant facing federal charges should be prepared for what to expect throughout their criminal case, as their experience in the federal criminal justice system could be intimidating and confusing without an adequate understanding of the process. With this in mind, our Baton Rouge federal criminal defense attorneys explain some key distinctions between state and federal charges below to help you better understand your situation. If you have any questions about your federal charges, please contact us at (225) 330-7009!

Crimes become federal offenses when they interfere with federal or national interests. This includes unlawful acts that:

Examples of federal crimes include white collar crimes such as fraud, certain drug trafficking offenses, internet sex crimes, and more. A majority of crimes violate state laws, however. That's why most criminal cases, such as murder, robbery, arson, and rape, are tried in state courts.

A federal criminal case begins with the US Attorney presenting evidence to a grand jury to determine if there is sufficient evidence to try a defendant. If a grand jury believes there is enough evidence to prosecute a defendant, then the case will continue in federal court. At an initial appearance, a judge will do the following:

The next step is the arraignment, a type of court hearing in which a defendant will enter a plea to their charges. If the defendant pleads guilty, they may enter a plea bargain with the US Attorney or await their sentence from the judge.

DISCLAIMER: The content above is for information purposes only and should not be treated as legal advice. The federal criminal process may differ on a case-by-case basis, which is why you should consult a lawyer before proceeding with your case. As such, our Baton Rouge federal crimes attorneys are just a phone call away. Call (225) 330-7009 to discuss your case with us.

Next Blog: What are the Most Common Types of Violent Crimes?
Previous Blog: A Closer Look at Mail Fraud Offenses

I appreciate that you explained to us how crimes can become federal offenses if they interfere with national interests and violate the US constitution. I recently heard that a friend of mine had been falsely accused of fraud to cover up their money laundering tracks, so she plans to defend herself in court soon. I hope she finds a good federal crimes lawyer to work with and prove her innocence. https://www.vanwagnerlaw.com/federal-crimes/