What Is the Difference Between a First and Second Degree Murder Charge? 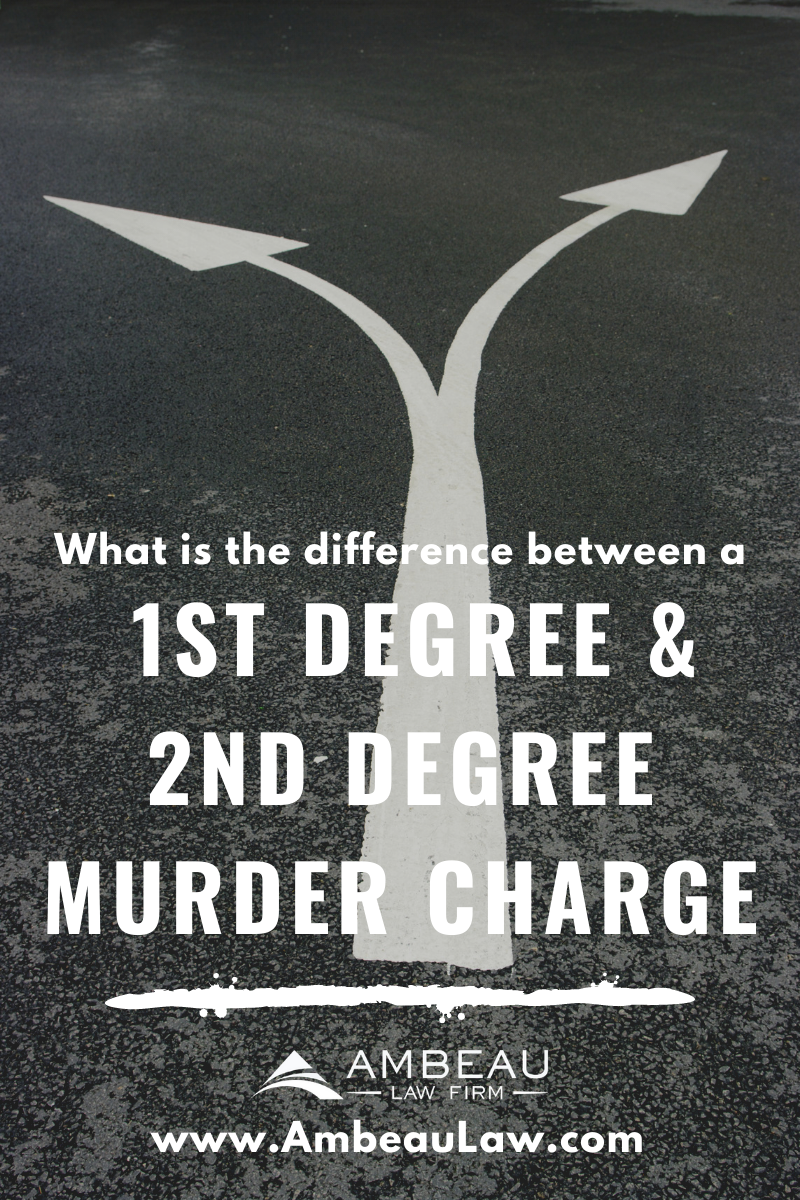 Murder may seem like a simple act – Actor A kills Victim B. However, as we all know from watching movies and TV, murder is not always simple, often not easily explained, and sometimes hard to nail down. Because it's unlawful, it is like all other illegal acts, subject to a precise definition in which certain “elements” apply. In Louisiana, the category of murder falls into two types which include first-degree and second-degree. Each type has specific characteristics.

What Are the Factors That Can Put Murder into the First-Degree Category?

Various factors can elevate the act of murder into the first-degree category as outlined under Louisiana law. Some of these factors include:

When charged with killing any person or persons in the above categories with intent to kill or cause great bodily harm, the penalties can include death or life in prison with hard labor and without the possibility of parole.

What is Second-Degree Murder in Louisiana?

Second-degree murder is also defined as killing another when you have the intent to kill or to cause great bodily harm to the victim. It also includes killing someone while committing or attempting to commit another crime, such as kidnapping, arson, rape, burglary, a drive-by shooting, a terrorist act, or cruelty to children. The difference between second-degree and first-degree in many of these cases is that the prosecution is not intent on pursuing the death penalty.

The penalty for second-degree murder is also a term of life in prison without the possibility of probation or a suspended sentence.

If you or someone you know is facing a murder charge, it is obviously an extremely serious situation. Such a charge calls for an aggressive and meticulous defense by a defender who has experience handling such defenses. At The Ambeau Law Firm, you can bring your case to a firm that has decades of experience including time spent in service as a public defender. Attorney Jarrett Ambeau is also a qualified expert in forensic DNA interpretation and has conducted numerous jury trials.

To learn more about how our team can help you, contact us at (225) 330-7009 or through our online request form to arrange for a free consultation.

Next Blog: Is a Third DWI Offense a Felony?
Previous Blog: What is an Expert Witness?