What Is Negligent Homicide?

Homicide involves the killing of a human being. In Louisiana, negli 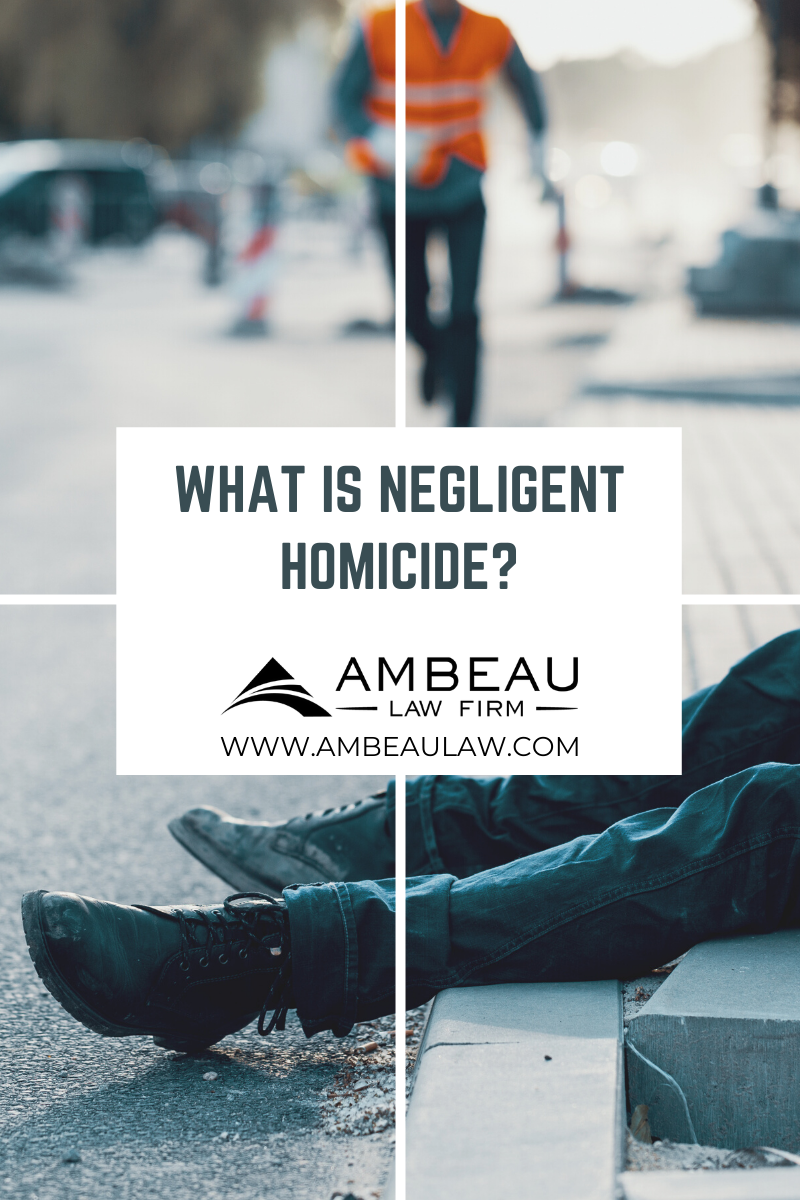 gent homicide is a felony offense that occurs through the criminal negligence of another person, the “actor” in the crime. This also includes the killing of a person by a dog or another type of animal where the owner failed to restrain the animal from its attack. Obviously, the death of a person caused by another under any circumstances and through any agency, even a pet, is a serious matter for the accused. It warrants the services of a trusted and seasoned legal defender who understands the criminal justice system in the local area. It demands a defender who is deeply familiar with the laws as well as case law and who has sharpened skills both inside and outside the courtroom. You will find all of these qualities at The Ambeau Law Firm.

The law pertaining to negligent homicide in Louisiana is La.R.S. 14:32. Under this law, negligent homicide can also include a death caused by someone driving a motor vehicle, aircraft, boat, or any “means of conveyance” when the offender was under the influence of alcohol and/or drugs. It also defines negligent homicide as outlined above involving “negligence” and animal attacks. Negligent homicide is differentiated from other types of homicide, such as first- and second-degree murder in that negligence does not imply intention or a deliberate or premeditated act.

A common example of negligent homicide includes a car accident in which a driver kills another driver, car occupant, or pedestrian without malice aforethought but through reckless or inattentive behavior. Such an act may or may not involve the use of alcohol or drugs. The driver may have inadvertently driven through a stop sign or failed to stop in time at night in a particularly nasty storm. Another example is when a person shoots a gun while hunting and unknowingly kills someone else. Obviously, no intention to kill caused the accident. However, the hunter may have been negligent in ensuring that the targeted location was clear of other people or that some type of warning of hunting activity was present.

Violations of the above definitions of what constitutes negligent homicide are considered “presumptive” evidence of this crime. Presumptive here means that the evidence is not conclusive but that it can be inferred from the facts of the matter.

Because the evidence is not conclusive and can be argued against, it is imperative that you have a criminal defense lawyer who knows how to deconstruct the arrest and charge in search of facts and circumstances that could be favorable to you.

Penalties for Negligent Homicide in Louisiana

The penalties of this offence may include:

Where a child under the age of 10 died through this type of negligent crime, the prison sentence will include hard labor without probation or parole for at least two years up to five years.

In the case of negligent homicide, the quality of your defense is critical. It can make the difference between a conviction or dismissal, reduced charges, or reduced sentencing. At our firm, you will have the benefit of many years of experience and our expertise in forensic DNA interpretation. Our Baton Rouge legal team is dedicated to providing outstanding legal representation that relentlessly pursues your best interests.

Talk to a Baton Rouge attorney about your negligent homicide case by contacting us at (225) 330-7009 or requesting a free consultation online.

Next Blog: Common Types of Weapon Charges
Previous Blog: Is a Third DWI Offense a Felony?