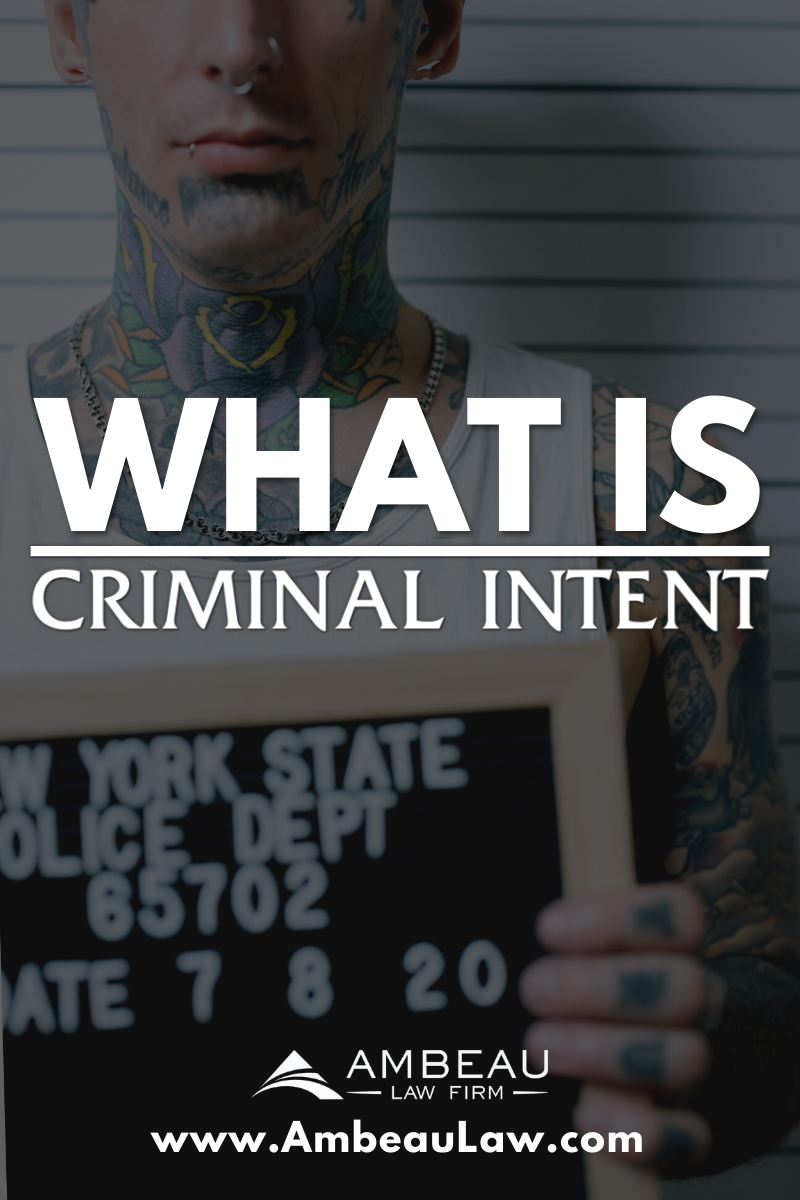 What is Criminal Intent?

What is Transferred Intent?

The doctrine of transferred intent under Louisiana law provides that when a person has the specific intent to kill or inflict great bodily harm against a person, but accidentally kills or inflicts great bodily harm upon another person, if the killing or inflicting of great bodily harm would have been unlawful against the intended victim, then it would be unlawful against the person actually harmed, even though that person was not the intended victim.
If a person intentionally tries to shoot someone (A), without justification, and misses and hits someone else (B), then he has the intent to kill the second person (B) under the law.

What is Specific Intent?

Simple Burglary, which is breaking into and entering a building with the intent to commit a theft or a felony, requires specific intent.

To support a conviction of simple burglary under La. R.S. 14:62, proof of the defendant's presence in a building by means of an unauthorized entry is not alone sufficient.1 The prosecution must also prove beyond a reasonable doubt the intruder's intent to commit a theft or felony therein.2

Second degree battery is a battery when the offender intentionally inflicts serious bodily injury, as defined under La RS 14:34.1.

Let's say Joe is extremely angry at John. He walks over and punches John in the face with all his might. John suffers a broken jaw, a busted lip, and several cracked teeth. Joe had the specific intent to cause serious harm to John, where John suffered serious bodily injury.

Proof of specific intent is required where the statutory definition of a crime includes the intent to produce or accomplish some prescribed consequence.3 Serious bodily injury is the intended harm for the crime of second degree battery.4 Therefore, the defendant's crime of conviction was a specific intent crime.5

Here's a twist. Joe intends to punch John with all his might. John ducks out of the way and Joe actually hits a woman standing behind John. Joe's intent to harm John transfers to the woman actually harmed by Joe and therefore, the requisite intent is met for a second degree battery conviction.

What is General Intent

To secure a conviction for general intent crimes, the state must show that the defendant was acting in a such a mental state to discern criminal consequences as reasonably certain to result from his act or failure to act. "To establish possession of a firearm by a convicted felon, proof is required that the offender was aware that a firearm was in his presence, and that he intended to possess the weapon.6 " Such guilty knowledge may be inferred from the circumstances and proved by direct or circumstantial evidence.7

Possession of firearm or carrying concealed weapon by a person convicted of certain felonies In order to convict a person of violating La. R.S. 14:95.1, the State must prove:

Joe keeps a concealed firearm registered in his name in the center console of his vehicle. He was recently convicted of second-degree battery. Joe was pulled over for a traffic offense. The police officer had suspicions something was off after learning of Joe's recent conviction and therefore had probable cause to search the vehicle. The officer locates the firearm and places Joe under arrest for possession of a firearm by a convicted felon. Police seize the weapon and Joe is taken into custody and booked into the local jail.

Was Joe Lawfully Possessing His Firearm?

Joe has a conviction of felony second degree battery. The state must prove he was aware the firearm was in his presence, and that Joe intended to possess the weapon. While the firearm was obtained legally and registered in Joe's name, Joe's possession became illegal after his felony conviction for second degree battery. Therefore, Joe was not in lawful possession of his firearm.