Who Can Own a Firearm in Louisiana? 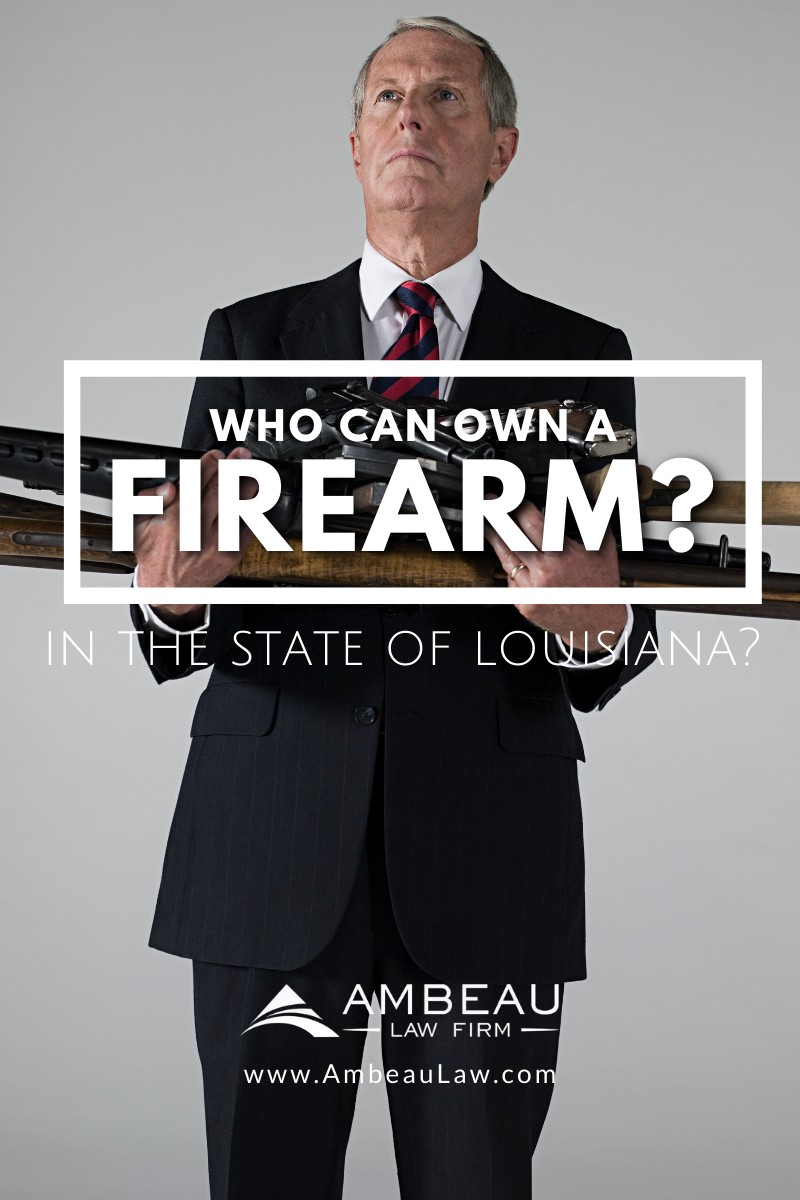 Louisiana is well-known for its relatively lenient firearm laws. As on open-carry state that typically does not require background checks to purchase a firearm, it's fair to say that the Second Amendment is a major priority in the state.

For clarification, “firearm” means any pistol, revolver, rifle, shotgun, machine gun, submachine gun, black powder weapon or assault rifle which is designed to fire, capable of firing fixed cartridge ammunition or from which a shot or projectile is discharged by an explosive.

However, not everyone can have a firearm in Louisiana. If you were convicted of a crime, your Second Amendment rights are strictly limited. Ten years after a sentence, parole, probation or suspension of a sentence is completed, you may be eligible to possess a firearm under certain conditions. But if you have a court-issued permanent injunction or a protective order against you, you cannot own or possess a firearm for the duration of your order.

As such, let's review some of Louisiana's firearm restrictions for certain people, including convicted criminals.

Louisiana generally prohibits a person who has been convicted of certain felony offenses from owning or possessing a firearm or concealed weapon:

If you were convicted of the following crimes, a judge may order the transfer of all your firearms and suspend your concealed handgun permit:

Federal laws prohibit people from selling or otherwise disposing firearms or ammunition to anyone with a mental illness. Under R.S. §1379.3, to qualify for a concealed handgun permit, a Louisiana resident cannot “suffer from a mental or physical infirmity due to disease, illness, or intellectual disability which prevents the safe handling of a handgun.”

The state's complex firearm laws can easily confuse a person who doesn't have competent legal counsel in their corner. The last thing you need is to suffer a criminal charge simply because you didn't know you were breaking the law. Unfortunately, the prosecution will not have mercy on your lack of knowledge regarding Louisiana's firearm restrictions. Instead, they may seek to punish you with the maximum sentence permitted by law. Don't let this happen to you.

If you or a loved one has been arrested or charged for violating gun laws, call our Baton Rouge criminal defense attorney for a free case evaluation. Contact us online or call (225) 330-7009 .

Is there a public database that you can run
your name thru to see if your eligible or not to legally purchase a firearm. My husband is a non-violent felon.I want to make sure we are not breaking the law by me owning and having the firearm in our residents.