Lead Exposure & Crime: Is There a Connection? 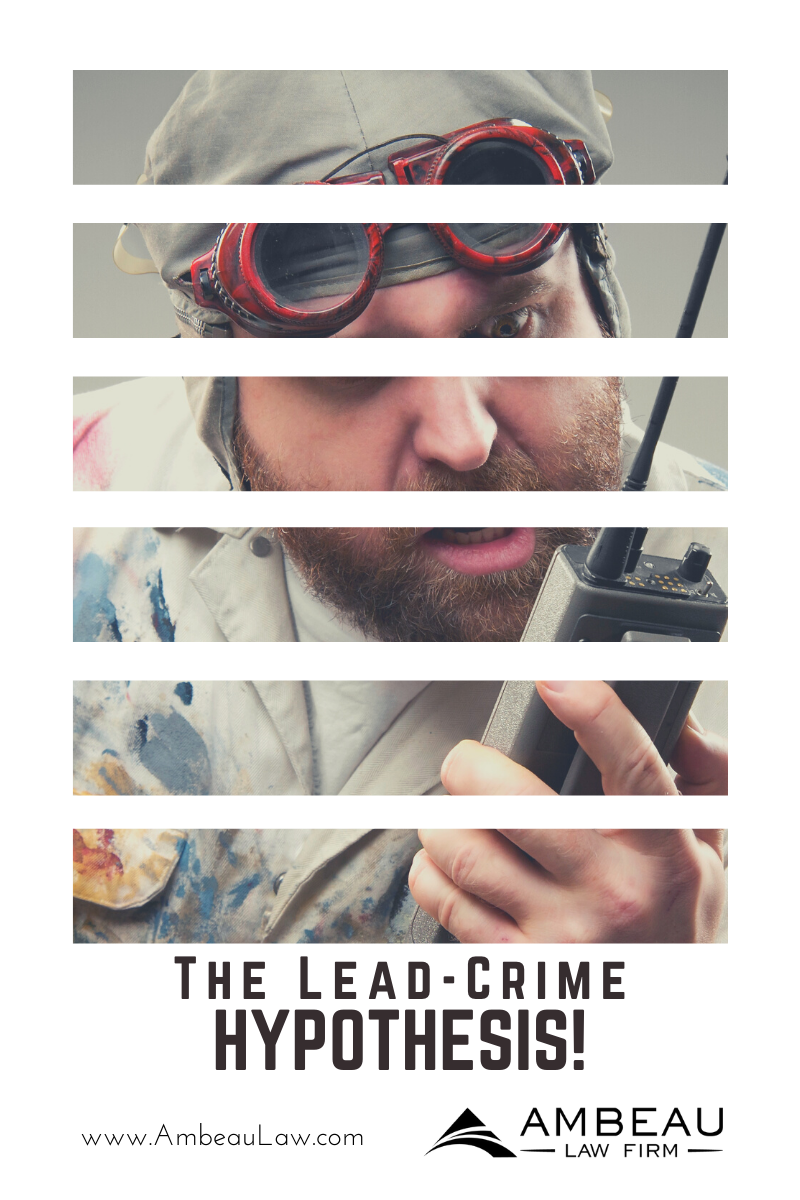 Is Lead Poisoning an Influence on Crime?

Lead is a naturally occurring toxic metal that is found in the air, soil, water, homes, buildings and more. Fossil fuels such as gasoline in addition to paint, ceramics, pipes, batteries, cosmetics and more have historically contained lead, which is harmful to humans. Although lead-based products are strictly regulated, if not prohibited, from most consumer products and industries nowadays, its impacts are far-reaching. Children who are six years old and younger are at a much higher risk of developing health problems than adults upon exposure to lead, and the effects are devastating.

Low levels of lead in children's blood can cause:

Pregnant women can expose their fetuses to lead through their bones, calcium or breastfeeding, which can:

Other adults who are exposed to lead may experience:

The effects of lead are detrimental to human health, and studies suggest that lead exposure is also correlated with crime.

Dubbed the “lead-crime hypothesis” by The Brookings Institution, the theory that lead exposure is linked to higher crime rates is supported by two speculations:

Although a significant amount of violent crime in the US declined by 34% between 1992 and 2002, you must know that the decline came after decades of rampant crime in certain areas of the US between the 1960s and early 1990s. An article by the National Bureau of Economic Research suggests that the decline in US violent crime rates between 1992 and 2002 may be “attributable to reductions in gasoline lead exposure.”

A study by Rick Nevin, who was a consultant for the US Department of Housing and Urban Development, revealed that there is a “strong association between preschool blood lead and subsequent crime rate trends over several decades in the USA, Britain, Canada, France, Australia, Finland, Italy, West Germany, and New Zealand … [and a] regression analysis of average 1985-1994 murder rates across USA cities suggests that murder could be especially associated with more severe cases of childhood lead poisoning.”

Similar to the lead-crime hypothesis and Rick Nevin's study, Jessica Wolpaw Reyes tested the hypothesis that higher childhood lead exposure is correlated with adult criminality. She also suggests that a large portion of the decline in violent crime between 1992 and 2002 stemmed from reductions in gasoline exposure, which began in the 1970s when the Clean Air Act was passed.

The control variables in her state-by-state analysis included:

The results of Reyes' study suggest that a 10% increase in the grams of lead per gallon of gasoline leads to a 7.9% increase in violent crime. In addition, her data and estimates suggested:

However, The Brooking Institution makes a valid argument that it is challenging to measure the effect of lead exposure on crime, as it is highly correlated with poverty indicators such as:

With these results, hypotheses and estimates in mind, you can formulate your own opinion on this matter. By no means do these studies and results indicate fact or truth, but they are interesting theories to consider. Louisiana experienced a total of 25,049 violent crimes in 2018, and we wonder how much of that finding is attributable to lead exposure. The answer remains unknown and will likely stay that way.

If you are facing violent crime charges in Baton Rouge, contact The Ambeau Law Firm online or call us at (225) 330-7009. As a reminder, this blog content is for informational purposes only.

Next Blog: What is the Castle Doctrine?
Previous Blog: Key Facts to Know for Domestic Violence Awareness Month