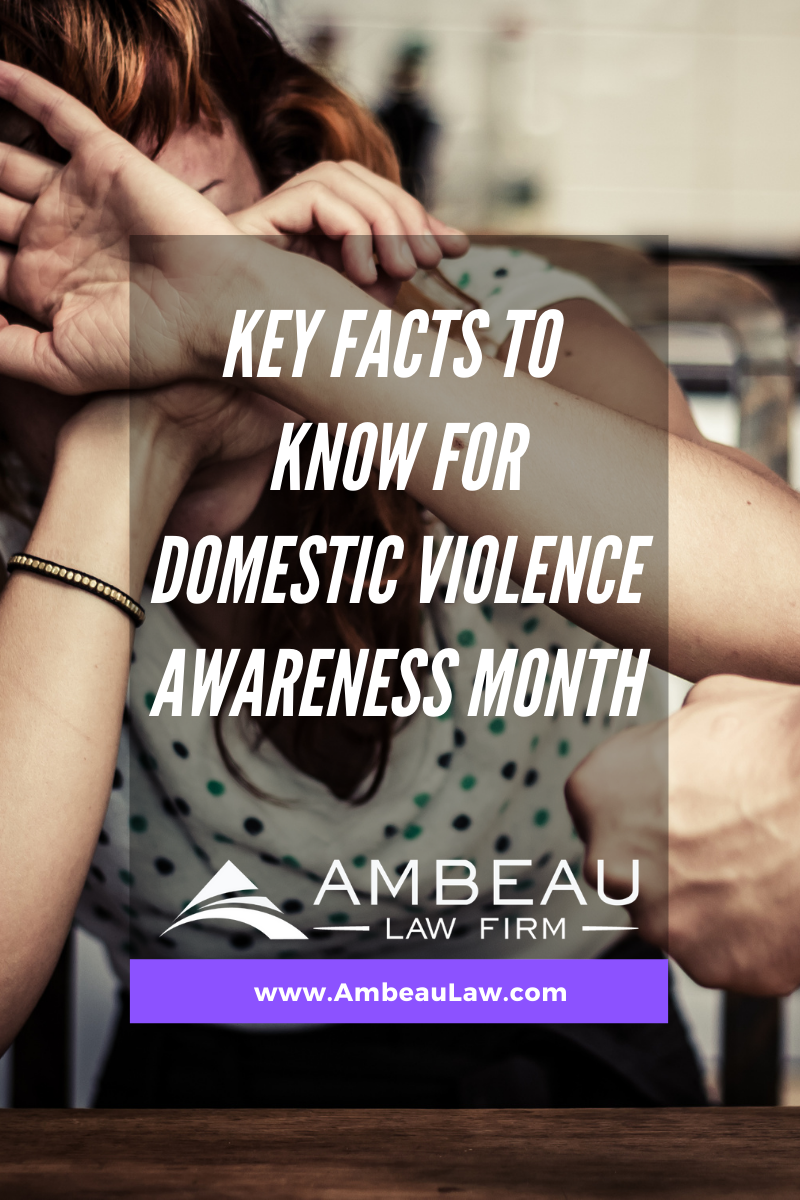 October is National Domestic Violence Awareness Month, meaning there is no better time to discuss the key facts and figures of this crime. Domestic violence accounts for physical, verbal, emotional, sexual and financial abuse, among others, and more than 10 million Americans suffer from these acts each year. As a result, Domestic Violence Awareness Month raises awareness of this crime and its impacts, and works to end domestic violence altogether.

In recognition of this month-long observance, let's take a look at the numbers, as provided by the NCADV:

After reviewing these facts, it's not surprising that law enforcement officials stop at nothing to ensure domestic violence defendants suffer the full wrath of the law. It is a widespread crime that often goes unreported in fear of retaliation, and when domestic violence is reported, police officers almost always side with the victim.

COVID-19 is not making this situation better, either. The social, political and economic unrest has increased tensions among many Americans, and it doesn't help that victims are forced to stay at home with their reported abusers, either. Stay-at-home orders are well-intentioned but unfortunately result in increased domestic violence reports, including false allegations by such “victims.” The stress and hardships associated with living at home and adjusting to an abnormal lifestyle can lead to verbal fights, shouting, disagreements and violence.

The pandemic has brought out the worst in people. Don't let it happen to you.

Our Baton Rouge domestic violence defense attorney encourages you to be mindful of your actions and behavior at all times, especially during the COVID-19 pandemic. We are deeply compassionate to your circumstances and struggles as you navigate this “new norm.” But we are also aware that false domestic violence allegations are all too common and can increase during the pandemic.

If you were charged with domestic violence in Baton Rouge, you are not alone. With The Ambeau Law Firm in your corner, you will receive unwavering dedication to your case and aggressive defense at every stage of the process. Our goal is to help minimize the impacts of your domestic violence charges no matter what it takes.

Next Blog: Lead Exposure & Crime: Is There a Connection?
Previous Blog: Who Can Own a Firearm in Louisiana?