What to Expect From Arraignment to Trial 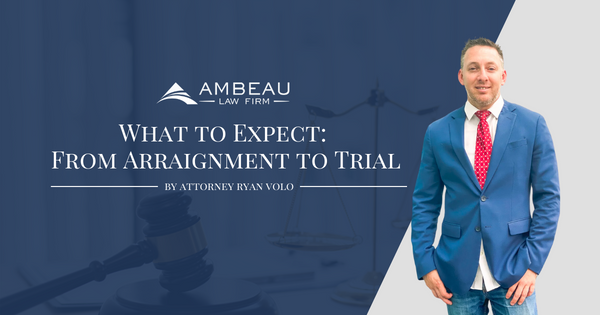 Being charged with a crime or facing a prison sentence is a scary, nerve-racking experience. Even if you have been through the legal process before, you may not know what to expect after being charged with a crime. Each case is different, but this article provides an overview of what to expect after you post a bond or have an arraignment in a criminal case.

A bond is an insurance contract used to promise to pay the bail amount if the defendant in a criminal case does not appear in court. If you or your family cannot afford to put up cash for bail, they may be able to hire a bondsman who contracts with an insurance company which becomes the commercial surety.

Once the money is paid for your bond, you will be released from jail. Upon your release, you will receive important paperwork with details about the conditions of your release. Someone may tell you that you are required to sign certain documents for release. Was it a protective order? Were you given conditions for your release?

It is essential for you to consult with your attorney about any paperwork you signed to avoid being detained and build a strong case to present to the court.

Bring the paperwork to your attorney, and we will go over it with you to explain what you can and can't do while out on bond. For example, if you signed a protective order, you won't be able to possess a gun while it is in place. Were you ordered to get a drug test? We will assist you in making sure you understand your rights.

What Should I Expect at an Arraignment? 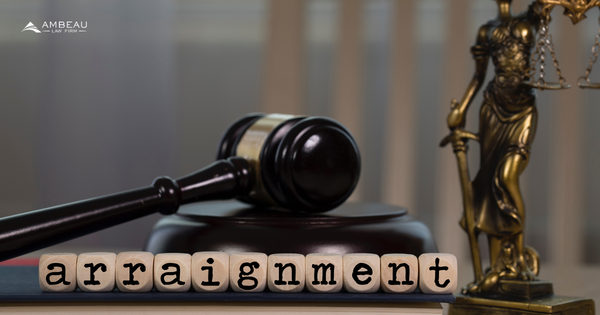 Whether you post a bond or not, an arraignment will be set for your criminal case. An arraignment is another word for a hearing where the court may formally charge you with a crime.

During an arraignment, the judge will typically ask for your name and date of birth when you walk to the podium. They may also ask for your address. Then, we will advise the court that we waive the formal reading of the bill of information and enter a not guilty plea. The judge will ask you, "how do you plea?" your response will be "not guilty."

The only words you will say in open court to anybody during your arraignment will be your name, date of birth, and maybe your address. Your attorney will be with you at this hearing to protect your rights and fight for the best possible outcome.

During an arraignment, the court will generally set your matter for motions.

A motion is a formal request made to a judge for an order or judgment, and there are several types of motions. The first motion we file in every case is a motion to enroll, which lets the court know we will represent you as legal counsel. Then, we file a motion to ask for discovery. A motion for discovery allows us to obtain the State's evidence against you. This is usually a police report, but can also include videos, crime lab results, or any other documents the state has that relate to your case.

We may file many different motions, but each will be specific to your case and needs. We fight to move your case toward the best possible outcome with every motion we file.

What Happens at a Motions hearing?

A preliminary examination (PE) is set at the first motion date. This is when a law enforcement officer gets on the stand to talk about your case. As your attorneys, we have a chance to question the officer and test evidence the state may have against you. Hearsay is admissible in this hearing which is different from a trial, which is addressed in another section of this article.

The likelihood of a judge finding no probable cause is low, but this is not a cause for concern. The standard for this preliminary ruling is whether the act is “more probable than not,” instead of “beyond a reasonable doubt,” which carries a high burden of proof. After a preliminary examination hearing, the court may set your matter for a status hearing or trial.

Throughout the entire process, an attorney will be working on your case. This work includes talking to the prosecutors, figuring out where we are going with your case, discussing plea bargains, and determining the probability of a trial. We may even discuss a straight dismissal or conditions for dismissal.

Each case has a resolution for a conclusion. Any offers made throughout the process will be relayed to you. Even if it is the worst offer possible, we will discuss it with you. Your attorney will offer legal advice and provide you with possible consequences, but ultimately it is always your decision to complete the conditions for dismissal,  accept a plea or even go to trial.

As we get into your case, you may realize just how long the legal process can take. In rare circumstances, we can get a result quickly.

What To Expect During Trial

If you have retained The Ambeau Law Firm to represent you, we will fight the prosecution at every step to get the best possible outcome. We are fighters. When we are on your side, you hae a team in your court ready to fight from the very beginning.

Then, it's our turn. We will present evidence such as videos, documents and witnesses that will testify on your behalf.

Lastly, we will discuss with you whether you want to testify on your behalf. This will be the first and only time to tell anyone other than your attorneys your side of the story. Once we rest, the state will have a chance to put up rebuttal witnesses. After all of the witnesses have testified, the state will open the closing with a statement. Then, your attorney will assess the evidence and argue any points requiring clarification to the jury. Finally, the state will do a final closing statement.

We always hope to hear “not guilty,” but that may not always happen. If you are convicted, the judge will set your matter for a sentencing hearing. After conviction and prior to the sentencing hearing, we continue to work on your behalf to put together mitigation measures to reduce the possible exposure or lessen your sentence.

What Difference Does a Criminal Defense Attorney Make?

When you hire The Ambeau Law Firm, our team of experienced trial attorneys will fight every step to get through your criminal defense challenge with the best possible outcome. We start working on your case the day your hire us.

We begin by collecting information and preparing documents as if we are going to trial, even though the case may not go to trial. We work toward the best outcome, and prepare wholeheartedly for the battles we may face along the way.

If there is favorable evidence, we want it. Law enforcement might not try to get crucial video evidence and may even refuse to interview a witness. But we will. Our team of attorneys and legal assistants will leave no stone unturned while trying to prove your innocence. The burden to prove guilt is on the State, but that is no reason to take a relaxed approach to your case. We take an offensive approach as the aggressor in your defense.

The Ambeau Law Firm has successfully defended hundreds of clients since 2009, always working toward a “not guilty” declaration or the lowest possible sentence if you are convicted. Our attorneys are known for their hard-nosed approach to fighting the prosecution. We are proud defenders of the accused and purveyors of justice.

Results vary and depend largely on the nature and facts of your case. The Ambeau Law Firm recently got a second-degree murder charge, which carries a mandatory life sentence without the possibility of parole, reduced to a manslaughter charge, which may carry a sentence ranging from 0 to 40 years. In the recent Netflix Documentary I Just Killed My Dad, attorney Jarrett Ambeau fought on Anthony Templet's behalf after he was initially charged with second-degree murder. That charge was later reduced to manslaughter after the prosecutor confirmed that he acted in self-defense after years of abuse. Anthony was able to reclaim his freedom with a sentence of five years probation.

To learn more about working with The Ambeau Law Firm or to schedule a free consultation, call us at 225-330-7009 or Contact Us.