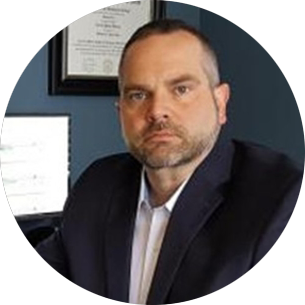 Jarrett Ambeau was working at a food show in the late summer of 1999 when another vendor's offhand comment during an otherwise uneventful day on the job completely changed the course of the 29-year-old's life and career.

“There was a professional acquaintance of ours there who owned small distribution business, and the guy I was working with said, ‘That guy has more money in his pocket than you or I will ever have,'” Ambeau recalled. “That woke me up—it was like a two-by-four hit me in the face. I didn't want to be constrained in that way for the rest of my life. I had always wanted to be an attorney. So, I excused myself from work, got in my car, drove straight to LSU, and enrolled as a freshman with the sole intent of finishing my undergraduate degree, going to LSU Law, and becoming an attorney.”

Though the future he envisioned would eventually come to fruition, it took him a little longer than he initially hoped. The terrorist attacks of Sept. 11, 2001 inspired Ambeau to enlist in the U.S. Army, which led to several deployments to Iraq, where he served in the 22nd LSO Trial Defense Service, a criminal defense arm of the JAG Corps.

“I was a paralegal attached to a public defender,” Ambeau said, “and it was through that experience that I really started to learn how to prepare for cases, care for clients, and devote myself to them in a way that has nothing to do with payment, but with being completely devoted to the law, the constitution, and the practice of being a criminal defense attorney.” 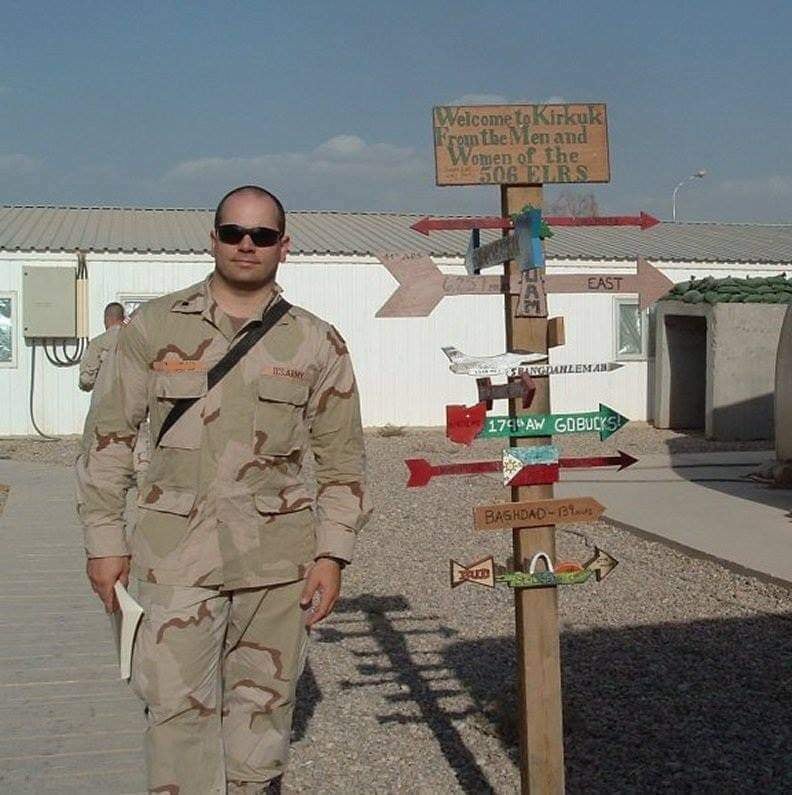 Jarrett Ambeau while serving in the U.S. Army.

After completing his undergraduate degree online while serving abroad and returning home, Ambeau began his studies at LSU Law. He graduated in 2008 and spent the next decade as a contract public defender, before turning his focus three years ago to further building his own Baton Rouge-based criminal defense practice, Ambeau Law Firm, which he had founded a year after graduating.

In August, Ambeau gained global notoriety—and “more brand building than I could have done over the next 10 years on my own”—when the Netflix docuseries “I Just Killed My Dad” was released and soon became one of the platform's top viewed shows. The three-episode series explores the highly unusual and tragic case of a Baton Rouge teen who was charged with manslaughter in the 2019 murder of his father. Along with his client, Ambeau is a main character in the series, having successfully defended the teen on a pro bono basis and negotiating a deal that that included five years of supervised probation but no jail time.

“The whole filming experience was really interesting and very strange at the same time,” Ambeau said. “By the time we were reaching the end of it, there was a crew of about 15 people down here with all these trucks and equipment. They even assigned me a personal assistant at one point, which was weird for an old boy from down the bayou in Ascension Parish. Honestly, it was a little much for me, but it was fun, too.”

Ambeau was initially reluctant to actively participate in the docuseries, but he eventually agreed after securing some important concessions from its producers. One of the conditions was that none of the footage would be released until the case was resolved. Another was that the producers would help pay for an expert witness that proved to be key in the successful defense of his client.

“Ultimately, it served my client very well and it served me and my profession well, too,” he said of the docuseries. “On a personal level, it has been rewarding to see the amount of kindness directed to me and my client, as well as my profession and business. Look, I'm a criminal defense attorney. People generally don't like us. The perception is that we are out here trying to trick the system so that we can keep criminals on the streets. So, to have the opportunity to show a different view of what it's really like to be a criminal defense attorney—to show that what we really fight for is justice under the law—I think that's really great for the profession and I'm glad to be a part of it.”

In late September, Ambeau returned to the Paul M. Hebert Law Center to speak about his career and experience in the Nextflix docuseries as a guest speaker of the LSU Law student chapter of the Louisiana Association of Criminal Defense Lawyers.

“It was a great experience. I love coming back to the Law Center and being on campus again,” Ambeau said. “There's no possible way that I could love LSU and the law school any more than I do.”

The opportunities that LSU and the Paul M. Hebert Law Center have afforded Ambeau are far from lost on the military veteran, husband, and father of six. Among his fondest memories of being a student at LSU Law, Ambeau said it was the simple, everyday things, like having a hot cup of coffee on a chilly morning out on the Centennial Plaza before class.

“Just having the opportunity to finally be there at the age I was—and having a wife and four kids at the time—felt like an incredible blessing to me,” he recalled. “Especially after I had gone to Iraq and made it back, I was just very, very grateful to have the opportunity to attend law school, live my life as I pleased, and take care of my family.”

Ambeau was a two-time finalist in the Ira S. Flory Mock Trial Competition as a student, and since graduating he has returned to the Law Center to serve as a judge of the competition. He also participated in the Juvenile Defense Clinic and credits the experience with allowing him to get some early, hands-on defense experience in the courtroom. Some of his favorite professors included the late Paul Baier, who gifted him a signed copy of “The Pocket Constitutionalist” that he cherishes to this day, as well as the late Cheney Joseph, who became a confidant to Ambeau during his law school years.

“He became someone that I could go to and talk to about anything. Like I said, I had four kids and a family to support, so I was working full time, and I also had to miss two weeks of school each year to go on duty, so being able to spend time with someone like Cheney Joseph and get some advice from him meant so much to me,” he explained. “He was just such an honorable and decent human being.”

Despite his busy personal and professional schedule, Ambeau has made time to further his education since his days at LSU Law. In 2020, he earned a master's degree in Forensic DNA and Blood Serology from the University of Florida and he's now a qualified DNA expert in numerous jurisdictions. Ambeau said his combination of trial experience and forensic science expertise makes him “the best cross examiner of state forensic DNA experts in Louisiana.” Ultimately, he'd love to be in a position one day to return to the Law Center to teach LSU Law students about criminal defense and scientific trial evidence.

“I want to give back to the community that has given so much to me,” he said. “If we bring up great young attorneys who are passionate about practicing in criminal defense with honor and integrity, then we will only make the entire system better.”

As for his advice to students who are interested in pursuing a career in criminal defense, Ambeau suggested getting some hands-on experience through one of the Law Center's clinics and then going to work in some capacity with a criminal defense attorney to see what it's really like.

“It can be very stressful, and it can be very unrewarding at times,” he said. “We lose all the time, and if you can't handle getting beat constantly then you should not be in the criminal defense world. You also need to have the stamina and resolve to work 70 or 80 hours a week, because that's what it takes if you're going to have a real shot at winning your cases.”

Ambeau's family and his firm occupy just about all his time these days. Even if he were interested in popular hobbies like golfing, hunting, or fishing, he wouldn't have the time for them. At 52 years old, Ambeau is just getting started in many ways, and he's more than happy to keep his focus on providing for his wife and children, building his firm, and furthering a legal career that he might not have had were it not for that one offhand comment that woke him up 23 years ago.

“The fire that drove my decision to try to accomplish something I'd always wanted to do happened in that moment, on that day,” Ambeau said. “Now, it took me 10 years to do it—but I did it. I wake up every single day happy to do my work. I love being a criminal defense attorney. If there's anything I'm passionate about, it's making sure that we're preserving the rights of all people in the courtroom and we're giving them their voice and their day in court. I believe in justice, I believe in civil rights, I believe in our constitution, and I fully believe in loving our country and system of criminal justice despite its faults.