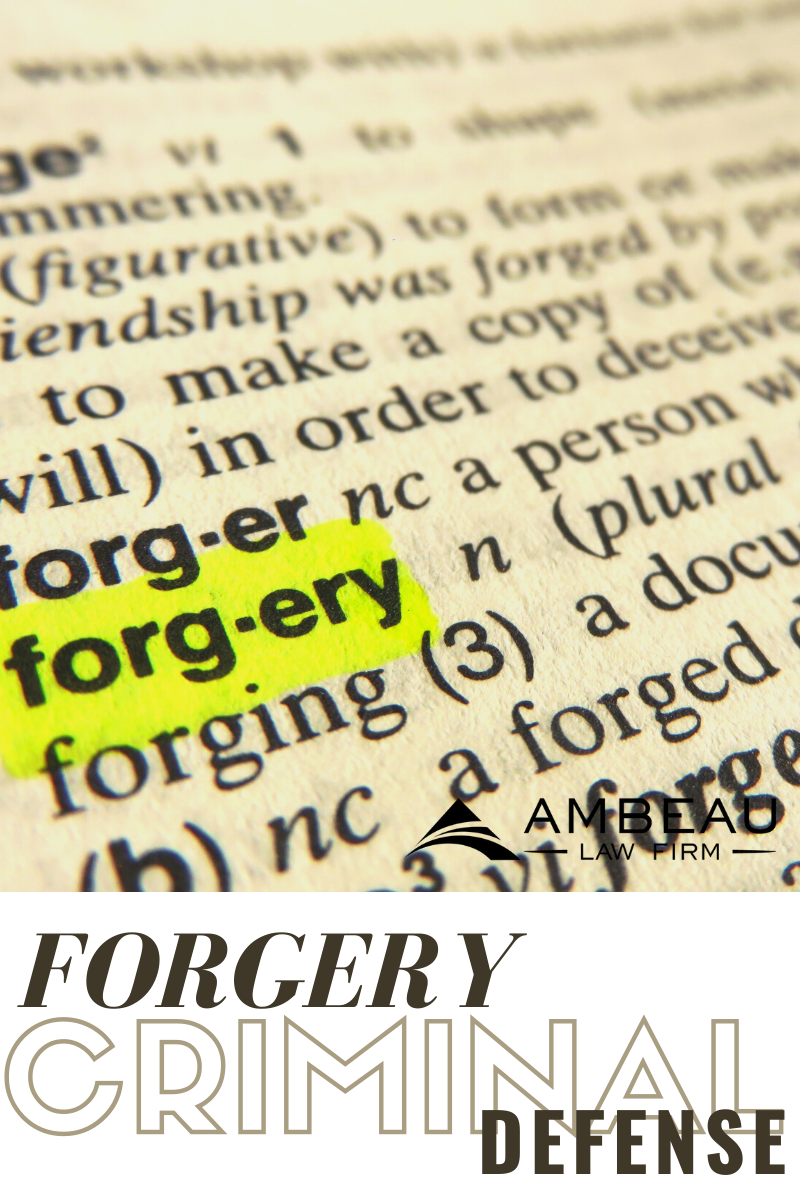 Criminal Defense of a  Forgery charge is a serious matter. The crime of Forgery is encompassed in the general Forgery statute at La. R.S. 14:72which states in part, “It shall be unlawful to forge, with intent to defraud, any signature to, or any part of, any writing purporting to have legal efficacy. Each of these four elements must be present to convict; (1) accused has to forge something, (2) with intent to defraud, (3) a writing, and (4) purporting to have legal efficacy.

(a)  To alter, make, complete, execute, or authenticate any writing so that it purports: (i)  To be the act of another who did not authorize that act; (ii)  To have been executed at a time or place or in a numbered sequence other than was in fact the case; or (iii)  To be a copy of an original when no such original existed.

(b)  To issue, transfer, register the transfer of, pass, publish, or otherwise utter a writing that is forged in accordance with the meaning of Subparagraph (1)(a).

(c)  To possess a writing that is forged within the meaning of Subparagraph (1)(a).

(a)  Printing or any other method of recording information;

What is Intent to Defraud?

The elements listed above are not the only elements, and often not the elements that are in question in the particular case at hand. I recently tried a case where a person was accused of changing a court minute, a non-certified copy, to reflect a bond amount lower than what was actually set by the judge – the “intent to defraud” element was the central issue in the case. Intent to defraud is an essential element of the crime of forgery. Intent to defraud has been held to mean the “intent to prejudice or injure the rights of another”.

In the criminal defense of a client, we argued that the defendant had a reasonable belief that the bond was actually the lower amount, and had sent the document to the Court stating the actual bond and asserting that there was an error and asking the judge to look into the matter. As the DA had accused the defendant of defrauding the Court, we argued that the honesty in the letter to the judge, as t the actual current bond amount, was a clear intent only to have the judge examine the record and determine if what the defendant thought was true, was in fact true.

Additionally, in that criminal defense case, we argued that the document as offered had no “legal efficacy” as it was simply a photocopy of minutes of the Court, and could not have had any actual effect on the bond set.

This case is a good example of how a seemingly straightforward criminal charge, such as forgery, can, in fact, take a skilled criminal defense attorney to put up a reasonable fight.